We make it a policy to ensure that all of our doctors and staff members are up-to-date on the latest technology and techniques to make your visit as comfortable and effective as possible. 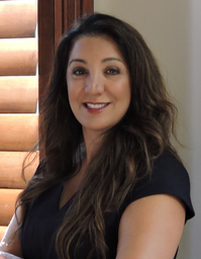 Dr.Galehdari  attended the University of Utah and graduated with  a Bachelor of Science degree in Biology and a minor in Chemistry in 1993.  She joined her husband at his practice, Eagle Eye Care, Inc., in 1998 after  completion of her training from the Southern California College of Optometry, in California. Then, in June 2009, Dr. Galehdari decided to venture out on her own and established EyeMax EyeCare, a state of the art medical facility, dedicated to excellence in patient care.

Dr. Galehdari has received extensive training in the diagnosis, treatment and management of ocular diseases, as well as co-management of surgical patients.   She also specializes in the evaluation and management of complex contact lens modalities.  Her past associations include the Omni Eye Specialists of Denver, Optometric Center of Los Angeles, the Salt Lake VA Hospital and Moran Eye Center at the University of Utah.  Dr. Galehdari has also served as a consultant optometrist at a number of local ophthalmological offices .

Dr. Galehdari’s  broad experience and scientific background has afforded her the opportunity to participate in FDA clinical trials with major ophthalmic pharmaceutical companies.  She is also a guest lecturer for several pharmaceutical companies, educating other eye care professionals and has also been featured several times in Review of Optometry's Women in Optometry magazine.   Furthermore, Dr. Galehdari’s strive for academic and professional excellence has awarded her numerous awards and achievements, including memberships into the Beta Sigma Kappa Optometric Honor Society and the Golden Key National Honor Society.  She is also the recipient of the Marco Achievement Award and the Kristen A. Jones Memorial Award, as well as  Leadership and Academic scholarships from the University of Utah and Westminister College of Utah.  Her commitment to community issues has resulted in nominations  as a congressional scholar representing Utah in the National Young Leaders Conference in Washington , D.C. , as well as an appointment by Senator Orrin Hatch to the United States Senate Youth Advisory Committee.

Dr. Galehdari resides in Salt Lake City, with her husband Dr. Joseph Martin and their son. 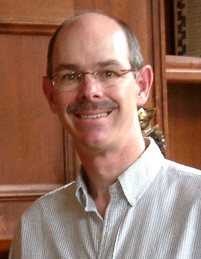 Dr. Martin was born and raised in Northeastern Ohio.  He did his undergraduate work at Hiram College in Hiram, Ohio, where he held the Paul Fall Scholarship in Chemistry.  He received his Doctor of Optometry degree from The Ohio State University College of Optometry in 1981.  He graduated seventh in his class and was inducted into Beta Sigma Kappa Honor Fraternity.  After graduation, Dr. Martin served as a clinical faculty at the Ohio State University College of Optometry, where he taught binocular vision. Dr. Martin believes that education is a life-long process and as such, returned to the University of Utah and obtained an MBA in 2000.  Dr. Martin has served as a clinical instructor at The Ohio State University and has been in practice in Utah since 1982.  He founded Eagle Eye Care, Inc in 1987.  Dr. Martin is licensed to diagnose, treat and manage ocular disease and has vast experience with managing Keratoconus and challenging contact lens patients.  Dr. Martin is a member of the Utah Optometric Association, the American Optometric Association and is a past President of the Jordan Valley Jaycees.  Dr. Martin believes that access to good, quality vision care is important for everyone, regardless of socioeconomic boundaries, and as such, works closely with various Utah Lions Clubs to provide eye care to indigent individuals.  Furthermore, he regularly volunteers his time and expertise to provide complementary eye exams for underprivileged children throughout the community.  Dr. Martin is licensed to practice optometry in Utah, California, Virginia and Ohio.  In his spare time, he enjoys golf and running around with his children.